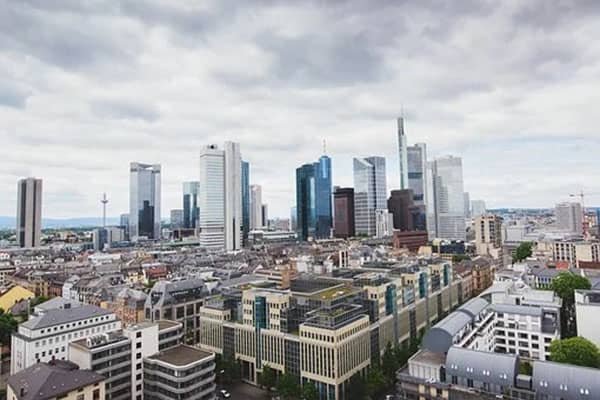 Do you live in a city? Your answer most likely would be a ‘Yes’. It is estimated that around 4 billion people live in cities. Also, there are two reasons: your ancestors moved into a city, or your village has been urbanized into a city. In recent times, we have been observing a significant surge in the urbanization of cities. Urbanization has now become a need for the current population to explore new facilities and technologies.

As per a report, around 54% of people who live in urban areas may rise to 65-70% by 2050. According to a survey conducted by the United States in 2014, within 64 years, the urban population increased to 3.9 billion from just 746 million. Also, India is growing rapidly towards a more urbanized country as more smart cities have been introduced in recent years, with local towns also developing. More barren lands are used to build infrastructure and facilities for the people of the country. But, is there any scale to calculate how much urbanization has taken place? Not yet. The growth of urbanization can vary between countries, states, etc. So, how are urban growths measured?

The most common method used to measure an area’s urban growth is some of the economic variables like population, area, employment, density, facilities, and some combinations of all these variables. These economic variables are the components of surveys done by the government every ten years. The census data collected by using these components lay the foundation of calculating urban growth. Every country in the world follows these methods initially to make a rough calculation of urban development in their country. On a global level, too, survey conducting organizations use them to make an overall calculation of expansion in urbanization. The use of these variables to define urban growth can only display a rough image of urbanization. Hence, the latest technologies and survey methods are used nowadays to calculate the exact change.

The calculation is made using satellite images and data. Machine learning is one such concept that can widely be used in the process of urbanization. The data that is accumulated can easily be improved within a period. There are a variety of methods that can be used to present a clear picture of the urbanization which can take place in a particular location. The data that are produced using these methods are far more accurate and are completely based on the images of satellites. Artificial intelligence is not required to take frequent data as that keeps updating automatically over and over again with time.

The earth has a surface area of 510 million square kilometers, but only a few percent of this area is considered to be a part of development. Why? Each country has differentiated its areas into cities, towns, and villages, but how do they choose which place should be developed into a city or a town? Most of the cities are built due to the presence of a huge marketplace or an emerging market. This is one of the reasons due to which a town is turned into a city. These cities are mostly found in areas where the transportation of goods is easy from one place to another. Besides transportation, communication, mechanization, migration, medical facilities, recreation, etc. are other reasons for an area to turn into an urban settlement. All these development processes cannot be monitored each day manually.

AI provides solutions to integrate data from various sources which includes traditional channels, social media, and websites. This helps businesses to develop strategies, build data management platforms, and create innovative models. The strategies and business models will help businesses to enhance productivity and expand their markets. Thus, AI and ML solutions help small firms, private, and public sectors in emerging markets to find solutions and work together to boost mobility and grow in their respective fields.

How technology is used in nowcasting Urban Growth?

With the massive surge in urbanization in recent years, several markets have emerged out in different parts of the world. These emerging markets will play the role of fuel in the growth of the global economy. This will include both consumption and investment done by the citizens residing in the urban areas. This urbanization will build a strong consumer class of over four billion, which will consist of around 2 million from these emerging markets by 2025. With such rapid changes, relying on data that is taken after 10 years will not suffice for continuous growth. So, it will require regular forecasting, and Machine Learning will simply do that on a real-time basis and study the changes taking place in the emerging markets due to urbanization.

The study of urban growth involves a huge amount of data and statistics. Deep learning can be used to crunch data which can produce predictive insights into data. This can help in understanding the population growth as well as in developing more planned and smart cities. Computer vision is also used to study a city’s physical appearance. It also helps in the study of the behavior and health of a city’s residents.

Machine learning is a progressive method of nowcasting everything on earth, whether urbanization or reports on emerging markets. Aventior uses computer vision and object detection to observe the changes in urban areas. If you have any inquiries or questions, please feel free to reach out at info@aventior.com.

Tell Us for more about your requirements here

Aventior is a Digital Innovation & Technology Solutions Provider aims to deliver industry-leading solutions and services around the globe.

Close Menu
We use cookies on our website to give you the most relevant experience by remembering your preferences and repeat visits. By clicking “Accept All”, you consent to the use of ALL the cookies. However, you may visit "Cookie Settings" to provide a controlled consent.
Cookie SettingsAccept All
Manage consent

This website uses cookies to improve your experience while you navigate through the website. Out of these, the cookies that are categorized as necessary are stored on your browser as they are essential for the working of basic functionalities of the website. We also use third-party cookies that help us analyze and understand how you use this website. These cookies will be stored in your browser only with your consent. You also have the option to opt-out of these cookies. But opting out of some of these cookies may affect your browsing experience.
Necessary Always Enabled
Necessary cookies are absolutely essential for the website to function properly. These cookies ensure basic functionalities and security features of the website, anonymously.
Functional
Functional cookies help to perform certain functionalities like sharing the content of the website on social media platforms, collect feedbacks, and other third-party features.
Performance
Performance cookies are used to understand and analyze the key performance indexes of the website which helps in delivering a better user experience for the visitors.
Analytics
Analytical cookies are used to understand how visitors interact with the website. These cookies help provide information on metrics the number of visitors, bounce rate, traffic source, etc.
Advertisement
Advertisement cookies are used to provide visitors with relevant ads and marketing campaigns. These cookies track visitors across websites and collect information to provide customized ads.
Others
Other uncategorized cookies are those that are being analyzed and have not been classified into a category as yet.
SAVE & ACCEPT